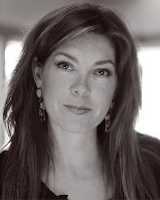 Jamison graduated from the University of Colorado School of Law in Boulder, where she served as an Associate Editor of the Colorado Journal of International Environmental Law and Policy and Vice President of the Colorado Hispanic Bar Association’s Public Policy Committee.

After law school, she clerked for the Honorable Patricio Serna on the New Mexico Supreme Court.

Jamison received her undergraduate degree in English and political science.  While in college, Jamison worked for the Mexican Consulate General in Denver.