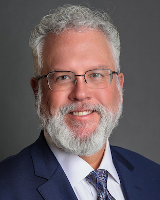 Andrew B. Howie is a shareholder with the firm of Shindler, Anderson, Goplerud & Weese P.C. He earned his Bachelor’s Degree from Wartburg College in Waverly, Iowa, in 1993, and his J.D. with distinction from the University of Iowa in 1996. He is licensed to practice in Iowa (1996), the Northern and Southern Districts of the U.S. District Court of Iowa (1996), Eighth Circuit of the U.S. Court of Appeals (1996), and the U.S. Supreme Court (1999). After graduating from law school in 1996, he served as a clerk for the Iowa District Court in Burlington for a year. Mr. Howie has practiced in Polk County since 1997.

He primarily practices in appellate law, having appeared in over 200 rulings from Federal and Iowa’s appellate courts, and hundreds of family law cases in trial court. He has been a member of the Iowa State Bar Association’s Family and Juvenile Law Section since 2002, having served as its Chair (2009–10), Vice-chair (2008–09), and chair of its Forms and Practice subcommittee (2004–08, 2010–present). He has been a member of Iowa State Bar Association’s Appellate Practice Committee since 2004 and served as its Chair from 2012 to 2013.

He authored the Iowa State Bar Association’s “Family Law Manual”, published in 2008, 2012, and 2018, which is primary tool for judges and attorneys throughout Iowa.

Andrew Howie has represented hundreds of clients in appeals to the Iowa Supreme Court and Iowa Court of Appeals.

Justice is getting what you deserve. Our law firm offers zealous legal representation unique to each client’s needs. We provide our clients with creative, cost effective, result-oriented service generated by the wisdom gained from thousands of cases and years of experience.

The Shindler, Anderson, Goplerud & Weese Law Firm’s reputation of integrity and the highest quality of legal work has earned the respect and confidence of our clients and competitors. The Firm has played a central role in thousands of lives: from a client who is wrongfully denied hard-earned wages by his employer, to a woman who is injured in an accident, to a family who is faced with the difficulties of divorce.

Whether your needs include family law areas such as divorce, child custody, child support, alimony, or estate planning, criminal defense, and appeals to the Supreme Court, the Firm is known for its ingenuity, skill, and aggressiveness in representing its clients. Our firm includes top-notch attorneys with more than 150 years of combined legal experience, strong academic credentials and community ties.

Our firm is committed to providing you with professional, trustworthy, compassionate and effective service. We provide each client with competent, aggressive and personalized representation. We understand that the legal process can be overwhelming. It is our goal to make the process as simple and efficient as possible for our clients.