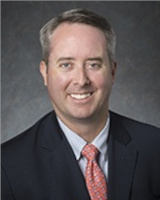 Prior to law school, Chad was a marketing and public relations professional. In 2001, he was a crisis communications manager for a national market research firm and fielded calls from the New York Times after the firm’s office, located in the World Trade Center, was evacuated. Now, Chad teaches public relations law at the University of Central Missouri and regularly draws upon his marketing and communications background when advising clients. Using clear writing and persuasive storytelling, Chad defends his clients in high-profile cases and works to discredit allegations designed to make them the subject of media scrutiny.

Lathrop GPM serves a client base whose businesses form the backbone of our economy. Our clients run factories, build skylines, cure diseases, create jobs and power our world. And we work alongside them the entire way – immersing ourselves in our clients’ organizations and partnering with them to understand the big picture, so we can think past the day-to-day and help our clients anticipate future challenges. From the research lab to the factory floor, from oil fields to skyscrapers – we work as one integrated team to help our clients achieve their most important objectives.

Lathrop GPM was formed in 2020 through the combination of two 100+-year firms, both with strong Midwestern cores – Lathrop Gage (established in Kansas City in 1873) and Gray Plant Mooty (established in Minneapolis in 1866). Our nearly 400 attorneys practice in 14 offices nationwide, located from coast to coast – allowing us to quickly respond to clients’ needs at the local, state or national levels.

Clients are at the heart of everything we do. At Lathrop GPM, we help businesses, organizations, and individuals grow and succeed. Our work helps them seize opportunities, solve problems and dominate market spaces. With deep industry experience in health care and life sciences, franchise and distribution, agribusiness, manufacturing, and higher education, our commitment is to long-term relationships, not just transactions.