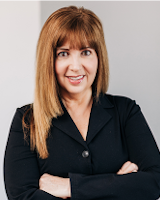 Dana Livingston co-chairs the firm’s appellate practice group. Clients look to her to handle business-critical and high-stakes appeals. During her 30-year career, she has accumulated a wealth of experience in significant appeals before the Fifth Circuit and the Texas Supreme Court. And she often works with trial counsel on strategy, key discovery disputes, legal motions, crafting and arguing the jury charge, and error preservation during and after trial to achieve an early litigation victory or lay the groundwork for a successful mandamus or appeal.

Dana served as a Law Clerk for the United States Court of Appeals for the Fifth Circuit and as a Staff Attorney for the Supreme Court of Texas, making her equally fluent in state and federal appeals. The breadth of her expertise led to Dana’s election to serve as the Editor-in-Chief of the American Bar Association’s two-volume treatise, The Appellate Practice Compendium (ABA Publishing 2012), on handling appellate proceedings in each of the 50 states and in all federal appellate courts.

She also served on the Texas Board of Legal Specialization’s Civil Appellate Law Commission and as an Adjunct Professor of Law at the University of Texas School of Law, where she taught the appellate advocacy class for many years. She has been appointed by the Texas Commission for Lawyer Discipline as special assistant appellate disciplinary counsel in attorney discipline proceedings. Dana is past president of the Austin Bar Association Appellate Section. She is a sought-after speaker at legal education seminars on a wide range of appellate practice topics.

Dana entered private practice with the Houston office of Vinson & Elkins LLP and was a partner for 15 years with the appellate boutique, Alexander Dubose Jefferson & Townsend LLP before joining Cokinos | Young. She has been Board Certified by the Texas Board of Legal Specialization in Civil Appellate Law since 1995.

“She is a very seasoned appellate lawyer, who is very practical and very smart. She is very direct and to the point, she thinks strategically, and we trust her judgment.” “I found Dana to be smart, practical, even-tempered in hotly contested matters, and someone who would consistently provide wise advice and counsel.”

The Appeals and Legal Issues Group in Cokinos | Young works hand-in-hand with our litigation team to provide clients with thorough representation during all stages of litigation. But they also attract national appellate business in complex cases from outside the firm. They also are called upon to draft persuasive amicus briefs to courts throughout America in support of cases of cutting-edge issues.

Our practitioners handle civil appellate matters covering all types of commercial and business litigation, whether contractual or transactional, employment, energy, business tort, personal-injury, and surety disputes. When necessary, they involve other members of the firm for substantive advice in matters such as real estate, insurance, bankruptcy, or securities. And, like all the firm’s lawyers, our group has particular experience regarding legal issues arising in construction litigation.

Our group includes dedicated appellate attorneys who focus their practice on representation before appeals courts nationwide. But they’re not merely academics; most learned their craft by first fighting tenaciously in the trial courts as trial lawyers before specializing in appeals. That courtroom experience in fighting for our clients sets Cokinos | Young’s appellate lawyers apart from the rest.