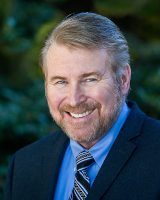 Upon entering private practice in 1982 with a large Sacramento law firm, Mr. Murphy immediately focused on handling civil appeals and started that firm’s appellate department. Over the last 39 years, Mr. Murphy has represented clients in hundreds of civil appellate matters and has obtained a multitude of published decisions from numerous appellate courts (state and federal) and the California Supreme Court, on a variety of important legal issues. He has achieved a high degree of success in appellate cases and has earned a reputation with judges, colleagues, and clients as one of California’s premier appellate advocates.

Mr. Murphy is also recognized for his expertise in the area of insurance coverage consultation and litigation, and a substantial portion of his appellate practice concerns insurance issues.

Mr. Murphy has published articles on various legal issues and has given professional seminars to other attorneys on topics pertaining to appeals and insurance coverage. Clients include the State of California, many cities, counties, school districts, universities, law enforcement agencies, real estate developers, contractors, insurance companies, and people and businesses of all types.

MCAQ is a select group of exceptional legal professionals dedicated to the vigorous protection of our clients’ interests. This includes courtroom advocacy, drafting contracts, providing advice and direction, setting up businesses and estate planning. MCAQ has received the top rating from the preeminent attorney rating service of Martindale-Hubbell, identifying us with the highest ethical standards and professional ability.

MCAQ has offices in Orange County and Sacramento, and with attorneys licensed to practice law in New York, Virginia, Washington, Texas, Alaska and Nevada, we represent clients throughout California and beyond. Our practice spans many areas of law and clients have included businesses both big and small, individuals, and public agencies, such as cities, counties, public utilities and school districts.

Because our experienced trial attorneys are fully prepared to take cases through trial, we are often able to negotiate pre-trial settlements favorable to our clients. Our appellate team has obtained approximately 40 published decisions that have helped to shape California law, particularly regarding insurance coverage and public entity liability.

The legal professionals at MCAQ are completely committed to achieving the best possible outcome for our clients and have the talent, resources, and experience for any task at hand.