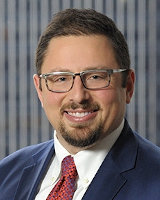 A verdict at trial is rarely the final word. Appeals often follow, at times dramatically changing the outcome of a case. And a pending appeal can affect a company’s stock price, reputation and bottom line.

Combining our national recognition in trial work involving advertising, antitrust, patents, copyrights, trademarks, products liability, white collar, and media with the experience of litigators who have successfully argued numerous landmark appeals, Patterson Belknap’s appellate group makes a difference to businesses nationwide. Our firm represents clients in intermediate appellate courts and courts of last resort across the country, both federal and state—including the U.S. Supreme Court. Clients work not only with appellate practitioners having a track record of success, but also with practitioners deeply grounded in the subject matter of the appeal.

One of our greatest strengths—and one of the greatest advantages for clients—is that Patterson Belknap’s lawyers actually try cases in addition to arguing appeals. For us and our clients, our work is about more than just theory—it’s about application. Because we are in the courtroom regularly, we can call on our extensive first-hand experience with judges and knowledge of the rules and customs in federal and state jurisdictions across the country when setting appellate strategy. In addition, more than half of Patterson Belknap’s litigators have held judicial clerkships, including many at federal and state appellate courts.

In addition to representing parties on appeal, Patterson Belknap has broad and deep experience preparing compelling amicus briefs in cases of importance to clients, industries, and the nation as a whole. We have prepared and filed dozens of amicus briefs before the U.S. Supreme Court in recent years, both pro bono and for commercial clients, on subjects ranging from civil rights to criminal procedure to intellectual property.