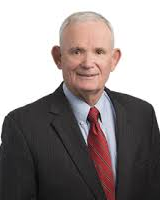 Karl practices in the areas of appellate, litigation and disciplinary law. He is a 1977 cum laude graduate of the Indiana University Robert H. McKinney School of Law. Mulvaney earned his undergraduate degree from The Ohio State University. He was admitted to the Indiana Bar in 1977 and is a member of the Indianapolis, Indiana State, Seventh Circuit and American Bar Associations. Mulvaney authored the article entitled: “Fundamental Change in Indiana Appellate Procedure or, What Happened To The Motion To Correct Error?” which received Res Gestae’s Best Article Award in 1989. In August 2015, Karl was elected President Emeritus of the International Legal Honor Society of Phi Delta Phi.

Dentons provides its clients with some of the best, most seasoned appellate advocates in the United States. Our appellate litigators have briefed and argued more than 500 cases before the US Courts of Appeals in every circuit, and state supreme courts and intermediate appellate courts. Our appellate team includes former US law clerks to appellate judges on the federal and state benches, as well as former government officials at the US Department of Justice and US Attorneys’ offices.

What distinguishes our Appellate practice is that most of our appellate lawyers are also experienced trial lawyers, which ensures that they have a firm grasp of a case, from the moment a client first meets with counsel, through pleadings, pre-trial proceedings, trial and appeal. We enhance our appellate practice and advocacy through a thorough understanding of your business, and of the proceedings in the trial court or administrative agency where your case began.

Clients regularly turn to us to take over cases heading for the US appellate courts. Clients who were represented by Dentons at the trial level stay with Dentons for their appeals. In both situations, our appellate litigators bring to bear the deep experience, specialized knowledge and sound judgment needed to overturn an adverse ruling or preserve a victory in high-stakes litigation involving the most complex issues. Dentons is also frequently retained to file amicus curiae briefs and enlist amicus support on issues of importance, including in the US Supreme Court.

Dentons’ appellate expertise is especially valuable in substantive areas of law in which our firm has been recognized nationally in the US, including: