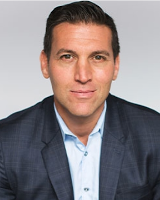 Mr. Portale recognizes that the fight for justice does not end when a person is convicted. In addition to being an experienced and highly sought-after trial attorney, he has represented clients in criminal appeals and post-conviction proceedings in the United States Court of Appeals for the Second Circuit and the D.C. Circuit, the New York State Supreme Court, Appellate Division, First and Second Departments, and in Article 78 proceedings in New York State courts.

Some of the firm’s notable appellate decisions include:

Mr. Dolan is an associate attorney at Portale Randazzo LLP in White Plains, NY. His practice focuses on criminal appeals and other mechanisms for obtaining post-conviction relief. He is also capable of handling dispositive motions and appeals from final judgments in civil matters. He is admitted in the State of New York and in the United States District Courts for the Southern and Eastern Districts of New York.

After graduating from law school, Mr. Dolan spent the first year of his legal career working as a judicial clerk at the Maine Supreme Judicial Court, the highest court in the State of Maine, where he learned the ins and outs of appellate practice and procedure and gained valuable insight into appellate judicial decision making and reasoning.

At Portale Randazzo LLP, we are extremely committed to protecting your rights and freedoms in Westchester County, NY, at all costs. Your best interests are our top priority, and we do everything in our power to protect them in court when advocating on your behalf. When you put our proven criminal defense team on your side, trust that we will stick with you until the end and zealously fight for your justice. Backed by extensive experience handling civil litigation and criminal defense cases in Westchester County, NY, on both sides, we know what it takes to protect your rights to the highest degree. Our attorneys thoroughly assess and prepare for all aspects of your case, ensuring we do what it takes to develop the most effective defense strategy possible. We are prepared to fearlessly defend your side of the story before the judges and prosecutors, and we diligently pursue a “not guilty” verdict to keep your freedoms intact.

Dealing With Charges that Could Strip You of Your Freedom? Our firm knows how difficult a criminal accusation can be. While it might seem like your back is against the wall with the justice system, our skilled and seasoned White Plains attorneys are ready to restore hope and peace of mind to you and your family. As tough criminal defense lawyers and skilled civil litigators, we are committed to steering the matters of your case in the right direction. Our firm is also experienced with Securities, Compliance & Strategic Business Planning, Invesment/Syndication law, and Real Estate law in Westchester County.