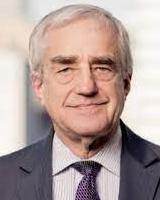 Bill Hurd is a partner in the Richmond office of Troutman Pepper, where he focuses on the firm’s appellate and state attorneys general practices.  He previously served as the first Solicitor General of Virginia (1999-2004).

Bill has appeared on brief in more than 130 appellate cases and has argued more than 50 times before federal and state appellate courts.  His appellate victories cover a wide array of legal issues, including reversing the denial of a multi-million-dollar tax credit, securing educational benefits for children with disabilities, upholding statutory procedures for restoration of voting rights, preserving a minute-of-silence law for public schools, and vindicating the sovereign immunity of an Indian tribe, among many others.

Widely-recognized as a leading election law attorney, Bill served as chief counsel in the statewide election recounts for Attorney General of Virginia in 2005 and 2013, and he served as legal counsel to Virginia’s 2011 Independent Bi-partisan Advisory Commission on Redistricting. In addition to practicing law, Bill is an adjunct professor at the Scalia Law School of George Mason University, where he teaches a course in advanced constitutional law involving the Establishment Clause and Free Exercise Clause.

We have the experience and insight to present compelling arguments to appellate courts at any level, and to work with trial counsel to best to preserve issues for appeal. Our attorneys have appeared before the Supreme Court of the United States – in oral argument and on brief – winning several landmark decisions. We have also appeared before every federal court of appeals, as well as before numerous state supreme courts and other state appellate courts.

Among our attorneys are three former state solicitors general, and a former high-ranking U.S. government appellate advocate. Our appellate lawyers include former law clerks for Justices of the U.S. Supreme Court, and state supreme courts, and judges of federal courts of appeals. Our attorneys have spoken on appellate advocacy at seminars and law schools throughout the country, and serve on select court and bar committees with responsibility for studying and revising the rules of appellate procedure.